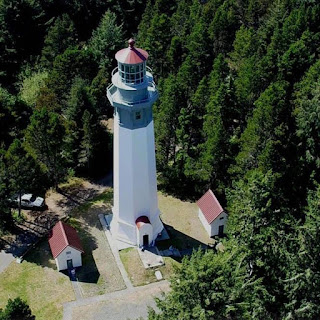 Today, we celebrate the 120th anniversary of the Grays Harbor Lighthouse's inaugural night of service. The landscape, people, and beach have changed over the years, but a hardworking group of volunteers has made sure that our lighthouse stays as proud and strong as ever.

Here's a quick look at the history and background of our fantastic friend: 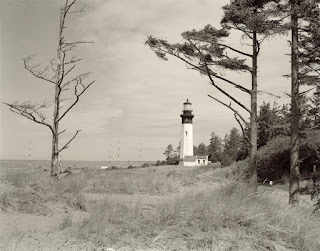 Originally located approximately 300 feet from the water’s edge, the lighthouse now sits about 3,000 feet from the high tide mark. This change occurred from land accretion in the area, due in part, by construction of the jetty system in the early 1900s.
​
There are 135 steps leading up to the lantern room. The staircase is original and forged of cast-iron. Patrick Dundon of San Francisco Boiler Works manufactured the metalwork. The landing brackets are pieces of artwork themselves.  They are mounted to the wall to support the landings; the staircase is self supporting.
​ 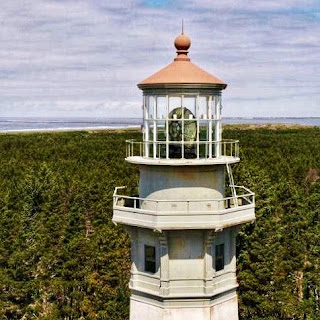 Unlike many lighthouses, the Grays Harbor Light still houses the original 3rd order clamshell-shaped Fresnel lens. This lens was built in Paris, France in 1895 and visitors can climb to the lens (or lantern) room level.  The flash pattern of this lens was, and still is, red and white to mark the opening to Grays Harbor. As the lighthouse itself is still an aid to navigation, visitors are able to see the current beacon mounted to the outside railing.
​
With a 360° view of the ocean and surrounding areas, it is a photographer’s dream. If you come on a clear day, you might even be able to see the top of Mount Rainier!
120th Anniversary Grays Harbor Lighthouse Pacific Northwest Westport Washington

Popular posts from this blog

Celebrating 120 years of lighting the way to Grays Harbor 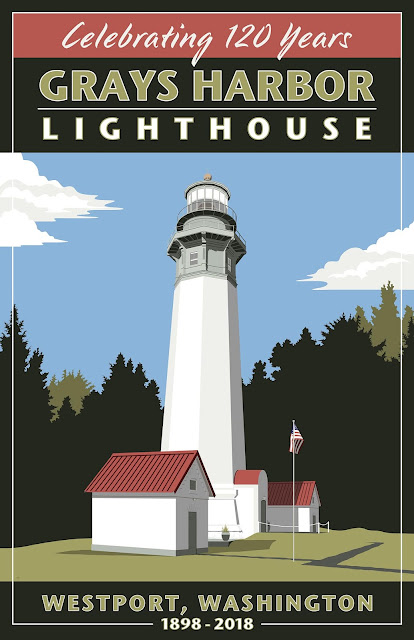 The Keepers are working hard to prepare the lighthouse for thousands of visitors this summer. June 30 is the 120th anniversary of the very first lighting of the lighthouse. Come celebrate with us!
Read more